Hermary scanners work on the principle of laser triangulation. A laser beam is projected at a known angle onto a target to be measured; a camera at a known offset from the laser views the projected image.

The principles of triangulation gather data points in a reference plane established by a laser fan beam. All data points will be somewhere on this plane. If the laser strikes an object at A, this will be seen by the scanner’s image sensor at location A’. If the laser strikes an object at position B, it will be seen at B’. By examining where the laser is seen by the sensor, the scanner can calculate the distance to the object. 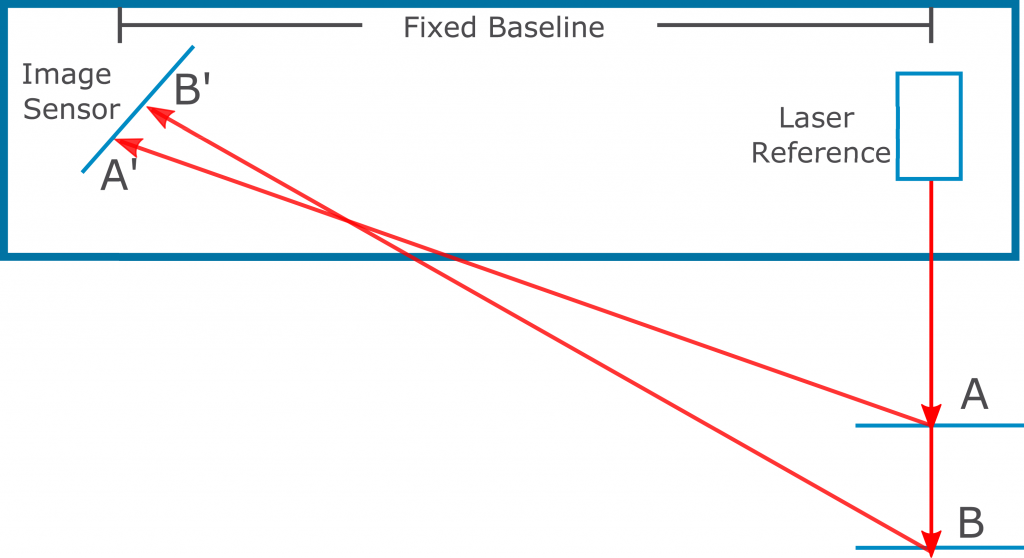